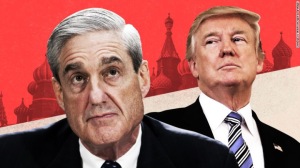 A seemingly underreported aspect of the FBI ‘s July 26 pre-dawn raid on Paul Manafort’s home centers on the warrant that authorized it. It had been rumored that Manafort had been cooperating with the Mueller investigation, rumors fueled largely by statements from Manafort’s legal team. The pre-dawn raid put an end to that narrative. Cooperating witnesses don’t typically have their doors kicked in.

That’s hyperbole, of course. There has been no reports of kicked-in doors, although we have learned that Manafort was himself awakened by a knock, not on his front door, but on his bedroom door! In other words, the FBI were already inside the house by the time Manafort learned of their presence. It has not been specifically reported how they gained entry past a presumably locked front door. Regardless, the pre-dawn FBI raid brings to the forefront the constitutional underpinnings of such conduct, and provides a few notable insights into the black box that is Mueller investigation.*

A quick review of our Fourth Amendment is instructive here, largely because unlike the grammatically obtuse language of the Second Amendment (well-regulated Militia said what?), the Founders knocked it out of the park with the Fourth. It’s all right there:

The right of the people to be secure in their persons, houses, papers, and effects, against unreasonable searches and seizures, shall not be violated, and no Warrants shall issue, but upon probable cause, supported by Oath or affirmation, and particularly describing the place to be searched, and the persons or things to be seized.
U.S. Constitution, Amendment IV (1791)

Look again with some key terms bolded: The right of the people to be secure in their persons, houses, papers, and effects, against unreasonable searches and seizures, shall not be violated, and no Warrants shall issue, but upon probable cause, supported by Oath or affirmation, and particularly describing the place to be searched, and the persons or things to be seized. (Emphasis added.)

The search the FBI was conducting in the pre-dawn hours on July 26 was not unreasonable under the Fourth Amendment, because is was based on a warrant, supported by an affidavit (Oath/affirmation) particularly describing the place to be searched and the things to be seized (particularity).

Although not all searches require a warrant to be constitutional—there are numerous exceptions—the FBI’s July 26 search was based on a warrant obtain in advance from a judicial officer, as was widely reported. The underreported part was that the warrant was a so-called “No Knock” warrant. Some reports explicitly mentioned this, and it was possible to infer it from the reported fact of the knock on the bedroom door (how else were the FBI already inside?), but that’s not specifically obvious. The No Knock part is where it gets interesting.

To understand No Knock, it helps to start with the basics of a warrant-based search. The standard for executing a search warrant as has been developed in the common law  is what’s called “Knock and Announce.” This is exactly what it sounds like—exactly what we’ve all seen countless time on police procedurals on TV: *Bam, bam, bam* Police! Open up!” Before entering a premise on a search warrant, the police must a) knock on the door, and b) announce their presence. It’s ot only constitutionally-mandated, it just good manners. What would their mothers say otherwise?

In interpreting the Fourth Amendment, courts have noted three primary exceptions to the “knock and announce” rule:

2) if there is a reason to believe the evidence sought would likely be destroyed with advance notice of the search, or

(Exigent circumstances is also one of the exceptions to the requirement for a warrant at all. Think: a police officer with a legit reason to suspect a kidnapped child is being held behind a door, or really any imminent threat of harm to someone.)

Important for our discussion, these exceptions to the “Knock and Announce” standard for warrant-based searches all come into play (by definition) when police have a search warrant already in hand. In many instances, however, the possibility for destruction—spoliation is the term of art—of evidence sought in a search may be known at the time the warrant is sought. Thus we come to the reported “no knock” warrant, the type of warrant upon which the July 26 FBI raid was based.

In the instance of the pre-dawn raid, the basis for the No Knock warrant could not have been Exception #1 – exigency, because by definition, exigent circumstances arise suddenly—it’s an emergency-based exception, borne of necessity to prevent imminent harm. If an exigent circumstance arose before entering the judge’s chambers, it would likely have justify warrantless entry in the first place (though a warrant would still have been necessary to conduct a search for anything not in plain sight (a separate topic for another time) after an exigency-based warrantless entry). But in any event, exigency did not prompt the FBI to seek a No Knock warrant.

Similarly, Exception #3 – futility, doesn’t fit. Since Manafort was in fact home at the time of the raid, it should have been reasonably anticipated that he would have been home at the time the warrant was executed. Thus, it could not have been futile for the FBI to knock on the front door and announce their presence. Someone would have heard and answered the door (or not; either way, the FBI’s conduct would meet Fourth Amendment standards).

This leaves Exception #2 – fear of destruction of evidence with advance notice. The FBI obtained their No Knock warrant based on Exception #2.

Here we come to the crux of what the No Knock warrant tells us. From what has been reported, we can now conclude the FBI was specifically concerned that whatever they were seeking in the search, it could have been destroyed in the short time between their knocking on the door and their gaining entry. Moreover, their concerns were sufficient justified so to convince and persuade a federal magistrate to issue a No Knock warrant.

From this, we can reach the further conclusion that not only is Manafort not fully cooperating with Mueller, but whatever the FBI was after, they had reason to suspect Manafort would or could easily destroy it in short order to prevent its discovery. In addition, no one destroys exculpatory evidence or irrelevant material. In seeking a No Knock warrant, the FBI sought to prevent the destruction of the anticipated fruits of the search, the particularly described things to be seized—they sought to prevent the destruction of incriminating evidence.

Mueller’s team and the FBI knew of the existence of this specific incriminating evidence, or the possibility of it, sufficiently in advance of the search so as to ask for the No Knock order. We can further necessarily conclude that the search was not merely a general search for for a broad category of documents, such as “all financial records for a specified period of time (or with a specific person or business entity).” Rather the FBI was searching for specific evidence known or reasonably suspected to be incriminating in advance. In conducting the July 26 pre-dawn raid, the FBI was looking for something specific.

Now, we are left to wonder if they actually found what they were looking for, but we can safely make one further inferential leap here:

The walls are closing in.

* The underlying reason I found the type of warrant significant, or at least of interest, goes to efforts to glean or discern what progress is being made by the Mueller investigation.  Rational America has been asking when this nightmare ends since November 9th. Both the House and Senate investigations are the dilly-dallying, pretend-to-be-working jokes that those who called for an independent commission always warned they would be. Left to Congress, Trump would be well into his third term before these committees get around to providing the public with any answers, if then. So all eyes are understandably on the Mueller investigation. It’s just that there’s not much to see from that tight ship. By and large, nothing is penetrating this black box of an investigation and similarly no light escapes. Reporting on the investigation has largely been based on the vapor trail left by the investigation after it has entered and departed from certain public spaces.

Don’t get me wrong, that’s a good thing. Thankfully, there have been precious few leaks coming out of the Mueller team, if any. What little we have learned about the investigation seems to have come from other sources, unaffiliated with the Mueller team (including the White House itself). Again, this is a good thing—let them do their work. Such circumstances do little, however, to quench people’s thirst to know how it’s going, and how close we might all be to getting to the after-Trump chapter of American life. So I indulge in these little induction/deduction exercises while we wait.